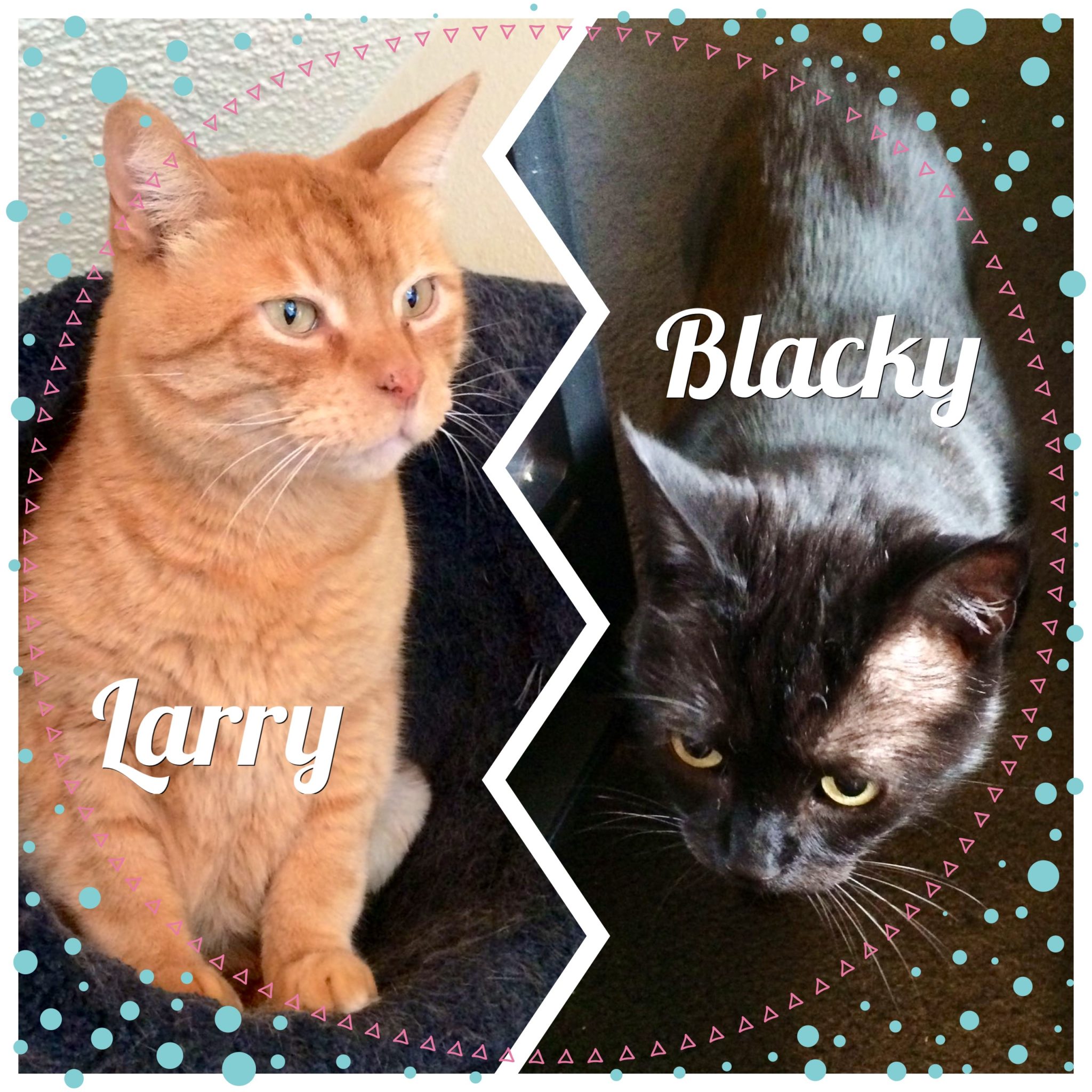 The Alley Cat Sanctuary that is my Home: A little background – I have living with me a large group of cats (11). I did not search these cats out, all but two have come to me via various avenues, i.e., they were neglected, abandoned, or abused and they came from the neighborhood showing up at my door (must be some sign cats can smell). Most of the cats got along most of the time until recently when a couple of the cats, Larry and Blacky, started misbehaving. Blacky did not like Larry and would stalk him at times, creating a stressful environment, which in turn upset some of the other cats causing some to go outside the litterbox and to spray all over. I would be cleaning constantly to keep up. Then I went on vacation and they really misbehaved, peeing and pooping on the kitchen floor and counters, and my pet sitter quit on me! So I made an appointment with Marci to see if I could get a handle on this and get them back to co-existing – quite the challenge for sure with so many.

So I filled out the known history for each cat (whew! It took forever with 11 cats!). Armed with this Marci came over and spent almost two hours going over the layout of the house and meeting each cat, making a few recommendation at the time, then went home and wrote up an action plan explaining some changes to make and some interactions to do with the cats, and explaining the why behind the changes as I am one of those that needs the why to make it work. Blacky and Larry are back to co-existing; not best buddies, but not fighting either – I’ll take it! The pee and pooping on the floor and counter has stopped; I still have some spraying, but with 7 guys competing for territory in my house that is to be expected some; you know how guys can be, it’s the same across species always competing ?

Also Taz, a little boy I found under a bush starving as a kitten, never really knew how to play (he has issues due to his bad start in life), but since he has been watching the others as I spend time doing the play and prey sequence with them per Marci’s instructions, he has started to learn. He has also learned how to hunt from this sort of – he caught his first mouse the other day in the back yard and was quite proud of himself, but didn’t quite know what to do with it after catching it, so he let it go in the house! (Poor mouse you can guess what happened to him in a house full of cats!)

Things are still a work in progress with so many the dynamics constantly changing, but with Marci’s instructions I have the knowledge to deal with changes as they come. Things are quite a challenge here and Marci met the challenge.