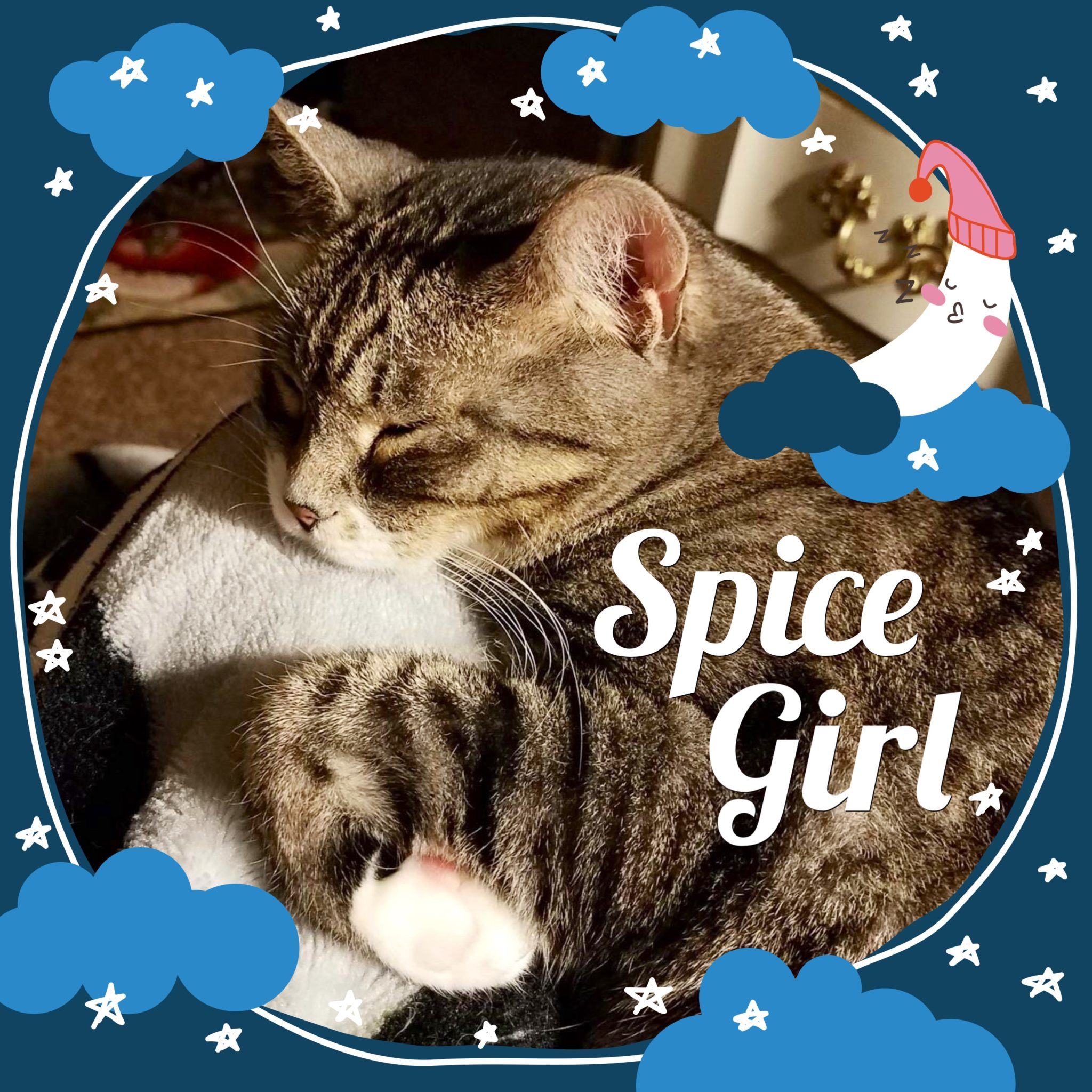 Don’t let that innocent sleeping exterior fool you. Spice Girl is a wild cat! Very independent – wonder where she learned that from?!?!??? She and I had an issue that was beyond my knowledge, so I contacted Marci Koski, a cat behaviorist. I know some of you will scoff, but our animals put up with all kinds of behavior from us. It’s no wonder they act out sometimes. Anyway, she gave me a list of suggestions to change Spicey’s behavior. Then she gave me another list to change MY behavior (!). After we got off the phone, Spicey provided two opportunities to reinforce approved behavior within five minutes. I then focused on my behavior improvement. Well, turns out she’s smarter than me. Although I’m still working on only approved behavior for me, after the two sessions mentioned above, Spicey continued with her unacceptable behavior, reducing it each day. After five days, she only exhibited approved behavior – no further reminders from me than those two first times. Is she smarter than me, or what?!??!!! I can’t send you enough thanks, Marci!