Why, oh why, is spraying cats with water still a thing?  In looking around online and talking with people, I find that – over and over again – people are drawn to using a squirt bottle to either discipline or punish cats for unwanted behavior.  Even shelters and those who should know better are still recommending the use of spray bottles or squirt guns.  With everything we now know about cats, learning, and behavior, we need to update this antiquated mode of trying to teach cats to stop one behavior and do something different!

And frankly, squirt or spray bottles may not even be that effective.  I’ll be honest with you.  Many years ago, before I knew what I know now, I used a squirt bottle on a cat I had who was constantly jumping up on our kitchen counters.  It worked the first few times I squirted her – she got down immediately and ran away.  But the behavior continued, and pretty soon, she simply stared me down while I was squirting her and her tiny little face was just like “BRING IT” (she was a tortie and had tortitude, so this was totally in line with her purrsonality).  The spray bottle was completely useless at that point, and all I was doing was 1) showing her that I was mean, and 2) soaking her.  I didn’t have the intention of being mean, of course – my intention was simply to keep her from getting on the counter!  But she didn’t know that, she was just getting squirted down by a big old meanie.  Ahhh, I’m so sorry, Zoe!!!

I’ve also talked with many people who have had similar experiences, where the squirt bottle didn’t do anything to correct the behavior.  And, I’ve even talked with a couple of people who said their cats thought the squirted bottle was a GAME, so they would do things just to get sprayed! (So much for the myth that cats hate water, eh?)

To correct (or change) a cat’s behavior, either punishment (like using a spray bottle) or reinforcement (to reward good behavior) needs to happen consistently – that’s when cats start to put two and two together, linking their behavior with the consequence.  With positive reinforcement, this is fun for everyone – kitty does something good, and you get to be the hero by providing a reward (e.g., a treat) in hopes of encouraging the kitty to repeat that behavior.  The more often you are able to reinforce a desirable behavior, the more likely the cat will repeat it (think consistency).  However, the same is NOT true of using punishment such as a spray bottle.  You will not always be around to punish your cat for doing something undesirable, thus, the punishment will not be consistent.  And the more consistent you are with punishment, the more frequently your cat is receiving bad juju from you.  So, if you are able to be consistent enough with punishment, it comes with a price – fear and distrust.  If you are constantly doling out punishment in the form of spray bottles or even yelling (and I certainly hope not hitting or making physical contact), your cat is more likely to start fearing you.  The end result is more stress for everyone, and when cats get too stressed, that results in…yup, you guessed it…more behavior issues (which can even include aggression towards you).

So what happens when you use a spray bottle, or other method of punishment that comes from you?

Ok, so now that we’ve got that cleared up, what CAN you do to correct your cat’s behavior?  Please understand that most cats do things because to meet a biological need.  Cats need to scratch, so you must provide them with an adequate scratcher – if they don’t like the one they’ve been given, they will find something more suitable (i.e., your couch).  Your cat jumps up on the kitchen counter because he’s hungry or has been rewarded by finding food up there before.  Your cat tries to get out the door when you open it because he’s maybe not getting enough enrichment inside and is bored with his environment.  Or, perhaps your cat sprays your bedding because he’s feeling insecure about his place in the household and needs to put his scent down as a self-soothing measure.  Maybe you have even been unknowingly rewarding or reinforcing an undesirable behavior, or just not have given your cat an appropriate outlet for what he is biologically driven to do.  So, when it comes to correcting any undesirable behavior, please consider:

Spraying cats with water from a squirt bottle is not a reinforcement; it’s a punishment.  Giving your cat a choice of ways to express his behavioral needs and then rewarding his use of the choice you prefer is the best way to encourage your cat’s “good” behavior.  The inappropriate behavior will fade away, the bond between you will be strengthened because you’re giving rewards based on something your cat does (i.e., operant conditioning), and your cat won’t fear or distrust you.  In my book, that’s called a win-win!

If you would like to learn more about positive and negative reinforcement or punishment, check out my article “How to Use Positive Reinforcement for Good Cat Behavior“. 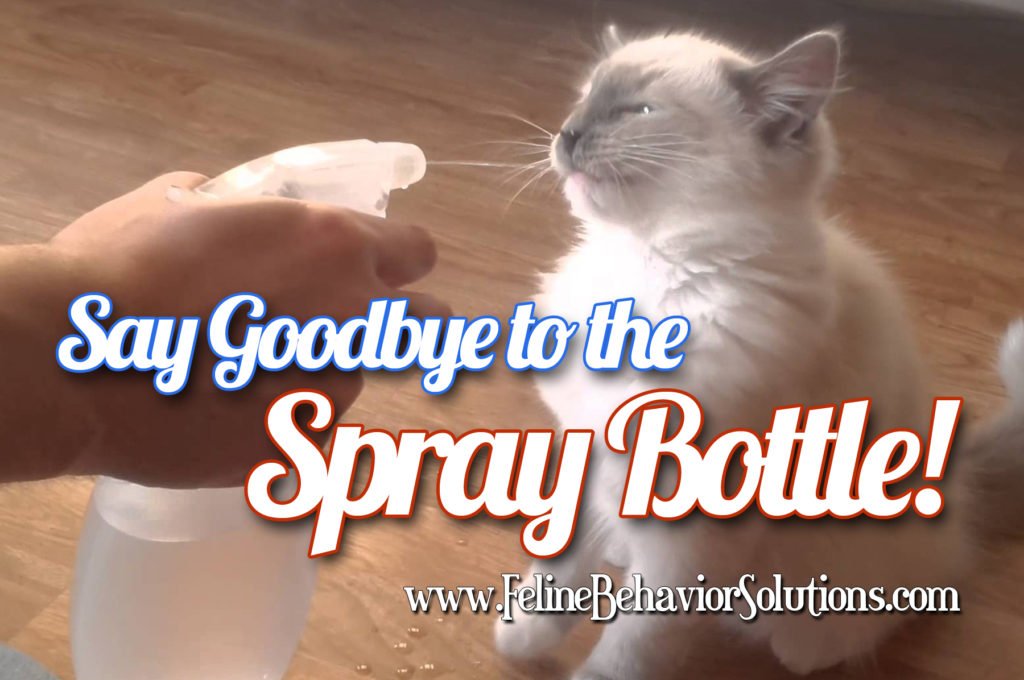 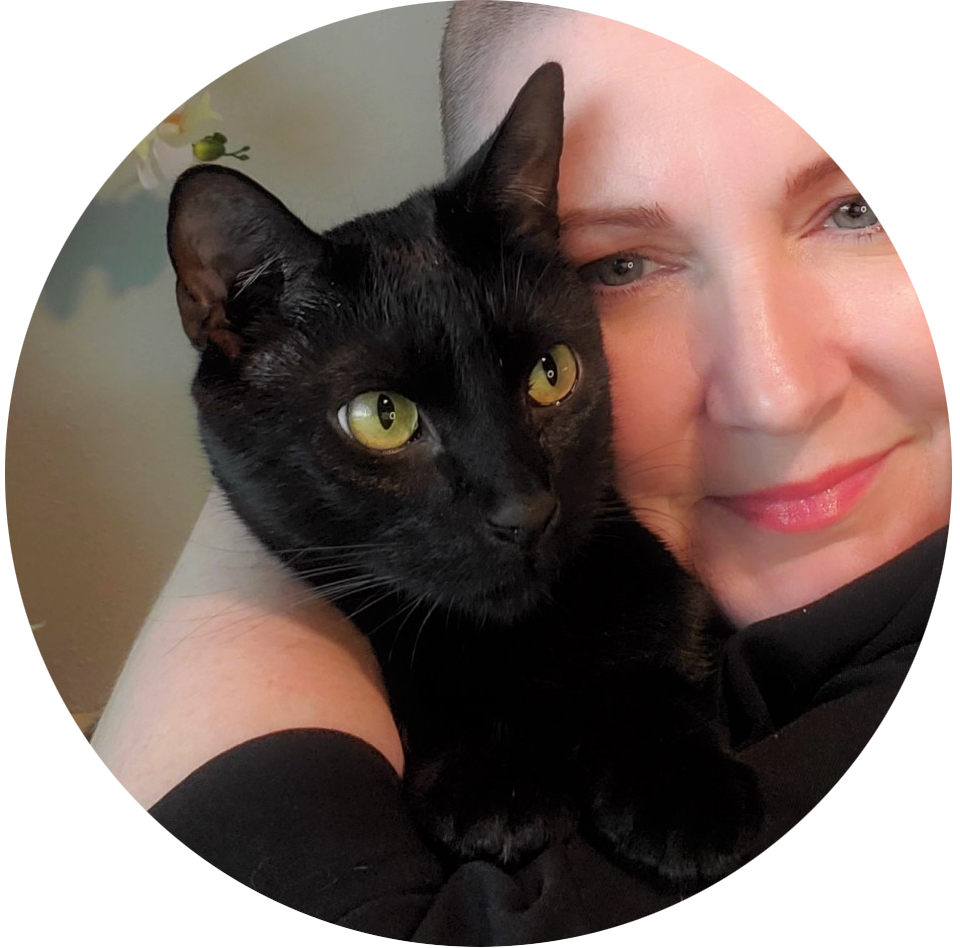 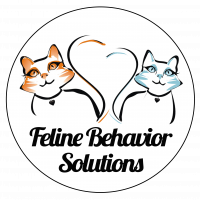 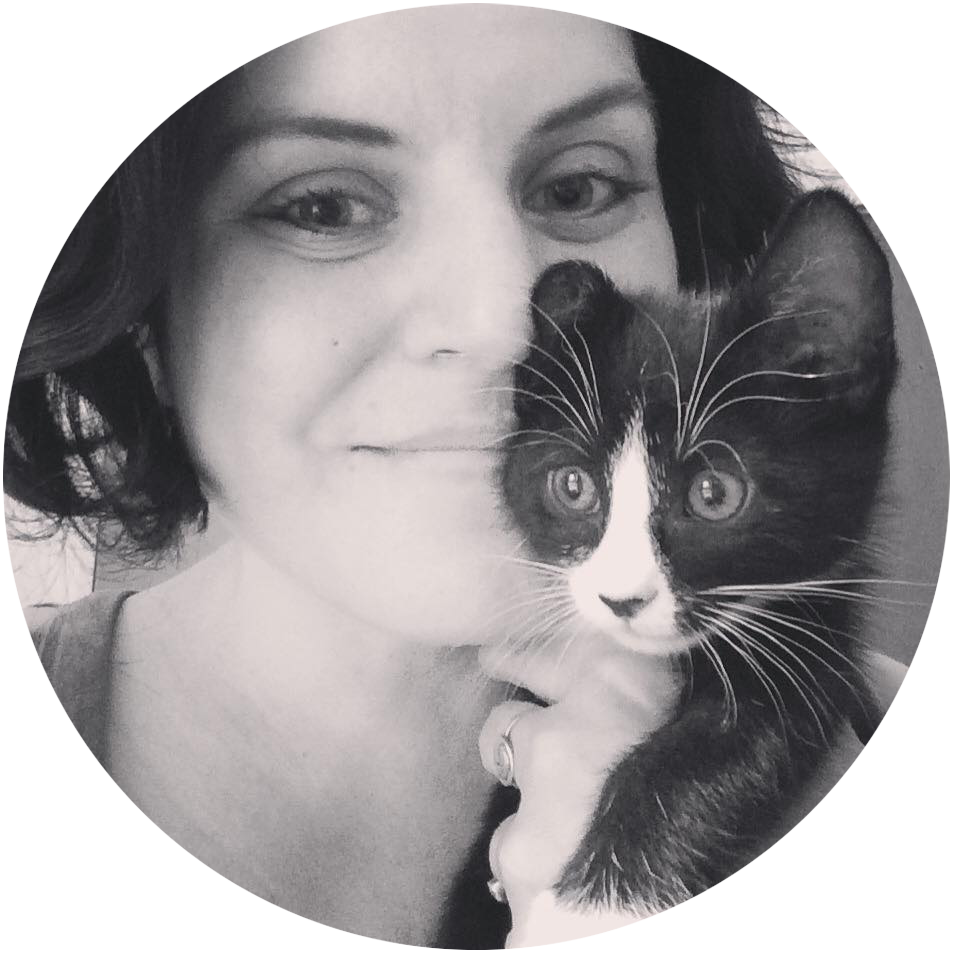 Dr. Marci is a certified feline behavior and training consultant, with specialized and advanced certificates in Feline Training and Behavior. She started Feline Behavior Solutions to keep cats in homes and out of shelters as the result of treatable behavior issues. She believes that the number of cats in shelters can be greatly reduced if guardians better understand cat behavior, and learn how to work with their cats to encourage desired behaviors instead of unwanted ones. Dr. Marci’s family includes her four feline companions and her very patient, understanding, and supportive husband.